Winter is a magical time on the Olympic Peninsula. We just had the first snow up on Hurricane Ridge and will soon have much more. Ski and snowboard season will soon be here.

Funny thing is most people think hiking season is over. That’s just wrong. It just means lowland coastal hiking has just begun, as long as you don’t mind the wet.

There are many great winter hikes in the area and one of our favorites is The Cape Flattery Trail. This trail goes to the most northwesterly point in the contiguous U.S.

Details of the hike at the link. Bonus points for this hike is unlike most of Olympic National Park, dogs are allowed!

How do you get there from here?

Pt 1 From the north, central and east Puget Sound area

How do I get there?

Probably one of the biggest questions we get at OVC.

Being the adventuresome type I probably know more and better ways then most people how to get here. In this blog post I will let you in on the best ways to get to the Port Angeles/Sequim area from everywhere in the northwest, in all seasons and conditions.

First up, from mainland Canada and North Puget Sound. Here are the 2 best ways to do this route. The shortest route and the best route. Shortest route has you going on Highway 20 off the I-5 freeway. It’s about 20 miles and a half hour shorter on paper but, and a big but here, can take way longer. This is due to having to take the Coupeville to Port Townsend ferry as well as slow traffic. Most Washington State ferries run on a pretty regular schedule but the P.T ferry has some issues such as 1 size, 2 weather, 3 tides. All of these can bring your quick trip to a grinding halt in a hurry especially in the winter. The other way is I-5 to Edmonds and then a ferry. This is my preferred choice. The main reasons are XL Super Ferries hold more cars and operate in all weather and tides and start earlier in the morning and run later at night. Also you are going freeway speeds most of the time.

So here’s the pros and cons of each.
Highway 20 Port Townsend route.

Pros:  Slower paced, better scenery, nice small towns to stop in and visit along the way.

Cons: Ferry is unreliable. Route can be full of traffic, especially in summer. Ferry waits can take a long, long time due to only 1 ferry on the route.

Cons: Not a scenic drive till you get to the ferry. Lots of traffic on weekends and holidays will slow you way down.

Pro Tip: Hwy 20 Port Townsend. If your good at planing your route and drive time you can make a reservation for the ferry.  https://secureapps.wsdot.wa.gov/ferries/reservations/vehicle/Mobile/MobileSailingSchedule.aspx?cookieCheck=true

Pro tip: Edmonds. Don’t travel Friday afternoons or early  Sat. mornings. Reverse if going the other way,  don’t go back Sunday afternoon unless you have to! Day tripping to Seattle? Park your car in the Park And Ride in Kingston and take the train to Seattle from Edmonds for a day trip without the parking and driving hassles.

While we keep going down the Puget Sound corridor our next way to get here comes from the North Seattle to the downtown Seattle section. This also includes if your coming into Western WA. from I-90 or US 2 from Eastern WA.  Now  you have 3 options, the Edmonds ferry, the Bainbridge ferry or the drive around Hood Canal route. US 2 or North Seattle always take the Edmonds ferry unless your plans take you to downtown Seattle. I-90, Downtown to South Seattle most likely you will want to take the Bainbridge  route. All routes, the drive around to Hood Canal is twice as many miles but roughly the same amount of drive time.

It creeps up slowly and then Bang it’s all over. Were talking about winter that is. The fruit trees are starting to bloom and the snowline is starting to move up the mountains. See for yourself with our new webcam.


For me though it can be a tough time of year because it’s time to say goodbye to my best friend for the last 5 months, The Hurricane Ridge Ski Area. The last weekend for lift serviced skiing and snowboarding is this weekend. It’s been a great season and the last month has been filled with fun events like the family friendly citizens races.

As well as one of the largest snowskate contest in the world, Strapless Weekend In The Olympics.

Now it’s down to the last weekend of the season, insert sad emoji here.

Don’t worry about me though, I have plenty still to do. Now I have to get ready for skate season, surf season, hiking season, biking season, BBQ season, outdoor cocktail season, pool season. Whew, were did the time go it will be snow season time before I know it.

Hunting for internet links on Olympic View cabins that is.

We spend a lot of time trying to show people what to expect when they book a stay at OVC. That means adding fresh pictures, content, activities and even our new webcam page to our rental listings and website.

We have control over that content but I wanted to see what the internet had to say about Olympic View and this is what I found.

Lonely Planet. I used lonely Planet guides all over Europe and it never let me down. Small but a good review for us.

Small House Bliss. Looks like the Small/Tiny House movement has taken a shine to the Pond Cottage.

Puget Sound Express. They guaranty they will find you whales. They found us.

Cabin Obsession. 3 pages, all about OVC!.

Well that was fun. Didn’t find anything bad so that is good. Will try this again another day with other search terms.

Sometimes you have to eat. Fortunately there is no shortage of good restaurants, pubs, take-out and delivery shops in the Port Angeles and Sequim area.

This week we decided to try the new Hibachi style restaurant in Port Angeles, Soho Hibachi

Located in downtown Port Angeles with abundant parking close to the restaurant it’s easy to find and reasonably close to Olympic View.

As with most Hibachi style restaurants the meal prep is half the fun.

Pricing is in the moderate to expensive category depending on which menu you order from and what you get. 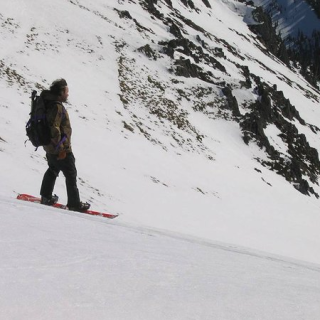 The Maintenance Guy Is Frank Crippen. He does the maintenance for OVC as well as dabbles in internet geek stuff and marketing for a few different companies on the Olympic Peninsula. He is also the owner of North By Northwest, a surf, skate and snowboard shop in business in Port Angeles for over 22 years.

The Compass Rose House at OVC

The Pond Cottage at OVC